During the month of June, Six Star will give away 50 jerseys from female athletes as a means of furthering equity throughout sports. New York, NY and Oakville, ON (June 1, 2022) – For many, a team jersey is the first thing that connects us to our favorite athlete. We wear it to show support for our teams, the player and to showcase a loyalty that often lasts a lifetime.

That’s why, to celebrate the 50th anniversary of the landmark ruling that changed American education (and sport), Six Star Pro Nutrition® (www.sixstarpro.com), “The Athlete’s Choice” and a leading maker of scientifically formulated premium supplements, announced today that the brand will give away 50 jerseys of female athletes during the month of June.

Fans and Six Star® users can register to win one of these jerseys at www.sixstarpro.com/titleix. The brand will work with winners to acquire the jersey of their favorite female athlete.

Fans wearing jerseys of their favorite male athletes — in baseball, basketball, football, soccer and hockey, has been a common trend since the 1970’s. Women, both fans and female athletes, have had to carve out similar equity from the back of the pack, as it wasn’t until the 1990’s that the first female athlete jerseys started popping up at retail. Even now, female athlete jerseys can be difficult to acquire, have limited availability, and with fits and cuts that exclude certain genders, gender identities and body types.

“When I started playing soccer, we didn’t have much choice, if any, when it came to wearing the jersey of our favorite athlete,” said Tobin Heath, a two-time World Cup winner, U.S. Women’s National Soccer Team member and a Six Star® athlete. “It wasn’t just the lack of availability, but even when it did exist, athletes weren’t given any say, or ability to make money when those jerseys were sold. It’s one of the reasons why I started my own clothing brand with fellow National Team teammates – re—inc.”

Giving fans and young athletes — both male and female — to support their favorite female athlete by wearing their jersey, helps to change the conversation.

As part of the Six Star Pro Nutrition® Title IX at 50 efforts, the brand will make a donation through the Women’s Sports Foundation President, Meghan Duggan’s efforts to raise money via running at the New York City Marathon for the organization in November.

Duggan is an Olympic and World Champion during her 14-year career with the U.S. Women’s national hockey team where she served as team captain at two Olympic Games and three World Championships. During her playing career, finding more visibility for the sport including a gender equitable treatment strike and finding other ways to create awareness were hallmarks of her tenure.

Since being founded as a brand in 2010, Six Star Pro Nutrition®  has worked diligently to give female athletes equal footing to their male counterparts, including current packaging which features Heath next to Pro Football’s Defensive Player of the Year T.J. Watt.

Ambassadors past and present have included Heath, Mewis, Danica Patrick and Candace Parker. Last July, Six Star became the first to sign student athletes to Name, Image and Likeness agreements when it inked Hanna and Haley Cavinder, a pair of college basketball players, to represent the brand. 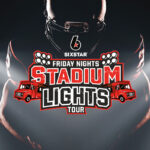